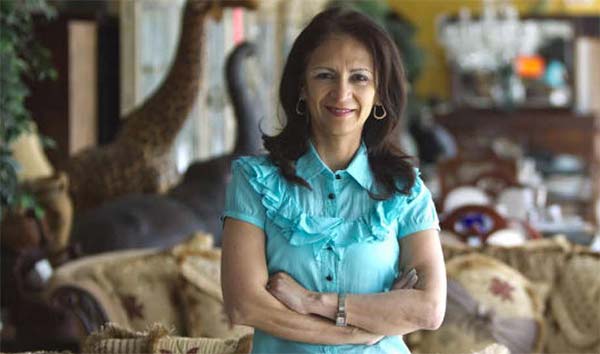 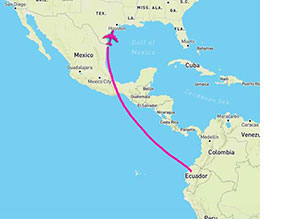 On March 15, 1978, at the age of 19, Ana left her home and family in Guayaquil, Ecuador to come to the United States to pursue a new life. Shortly after her arrival, she entered the University of Houston and during her attendance at the University, she worked three jobs to take care of personal and educational expenses. Two years later, she relocated to Virginia. While still working three jobs to support herself, she pursued and completed her education at Christopher Newport College. Very soon thereafter, she returned to Houston and secured a position as a receptionist with the Joske's department store in the Galleria area. Within a year, she received four promotions to the position of the executive secretary for the divisional managers and their buying teams while working as a coat check girl at Houston’s famous Great Caruso’s theater restaurant on Westheimer Road in the evenings. Later, she became a hostess for Paesano's restaurant on the Southwest freeway near Hillcroft. It was there where she met her present husband Martin Abrahams, with whom she fell madly in love with “At First Sight”.

On March 10, 1986 Martin and Ana married. During their courtship Ana had informed her future husband that she desired to have a family that consisted of at least six children. He was in total agreement but did not really believe that it would happen. Well, they are presently nearing their thirty second anniversary and have six wonderful, loving and caring children.

THE BIRTH OF SUPERNOVA FURNITURE

In 1984, Ana began working in the furniture industry. At first, she worked part-time in sales on the weekends only. This then evolved into a full-time job. Very shortly thereafter, she decided to open her own furniture business at Cole's Antique Village and Flea Market in Pearland, Texas. As she mentions, this was the easiest place to start, since there was almost no monetary investment necessary. Her incursion into the furniture business began there, in a 200 Sq Ft., ten foot by twenty foot flea market spot with only four mattress sets, king, queen, full and twin. The mattress sets were given to her “On Consignment” by a local furniture distributor. The sales area spots cost her 40 dollars for the entire weekend. That was the seed that began SuperNova Furniture.

It did not take long before she noticed that there was a dilapidated, old, and abandoned barn in the front of the flea market complex, directly adjacent to Telephone Road. She was able to lease this building from my good friend Mr. Elwayn Cole, the owner of Cole's Market, with the promise that she would recondition and renovate it. Over a period of a month, Martin and her put the store into a condition that enabled them to open it as a small furniture store seven days a week. One might say that this was the first step in my company's expansion to what it is today.

GIVING BACK TO OUR COMMUNITY 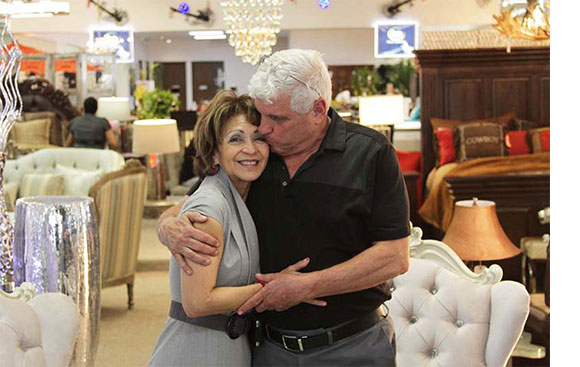 My husband and I have always had a dream of building and supporting a non-profit hospital and research facility to help the children of our community and the world. We dream of supporting doctors and scientists in their research development of new cures for the ills of our little ones. It was this dream that was the cause of my company's expansion from the first very small, but profitable store, to what is now: the most well-known furniture company in Houston's Hispanic community. Little did I know, way back then, what a magnificent force this small community would soon become.

The main impetus for my company's initial expansion was very simple. I asked myself whether I would ever be able to build the hospital and accomplish my dream if I remained well satisfied with my small store. I was advised by many family members not to gamble with something that was already good. Thus, the answer that I came up with was, of course, “No,” I would not be able to accomplish my dream. It was at that time that I decided that the risks necessary to expand and accomplish my goal were well worth it.

I do not want my children to remember me as just a person who owned a furniture store, but rather as one who developed strong and powerful companies in order to make the world a better place.